We are undertaking a server upgrade on Thursday 9 April and Friday 10 April.

As a result, we will not be at full capacity to process any urgent requests or matters.

The office will be running as normal from Monday 13 April.

How to navigate the maze of choosing insurance

To discuss this further and obtain assistance with choosing appropriate insurance to meet your needs contact Alison Foenander of Donegan’s Wealth Advisers at alisonf@donegans.com.au or on 03 9670 5232

You may have wondered where Phil & Alison have been the past few weeks? Chasing their son, Jonno Bretherton! 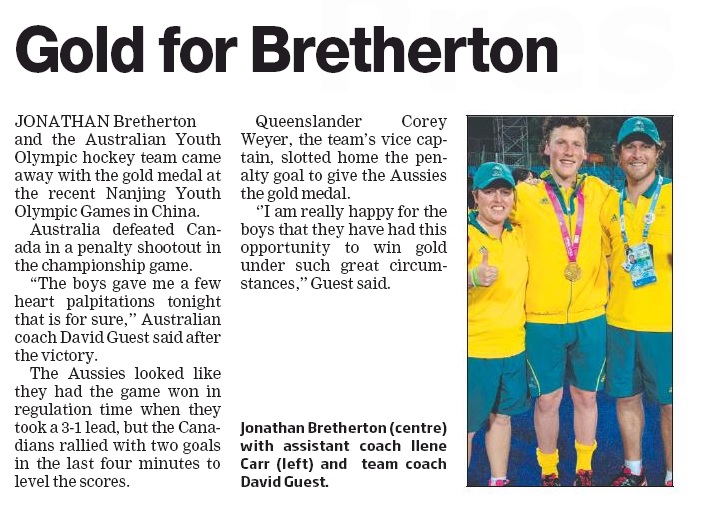 Part of Chad’s role with the Panel is to provide input and advice to CA management to ensure that a strong young member proposition is being delivered.

Xero has released their latest update direct to all Xero accounts. As always, this update was done automatically in the cloud by the Xero team.

If you have any questions on the latest update or on how Xero can make your business more efficient please contact Phil or Chad.

Jonno will compete in the Youth Olympics hosted by Nanjing, China in August.

You can read about the official announcement here

All the best Jonno!

Lani Bullen cycling from Melbourne to Broome for Cystic Fibrosis

Lani Bullen is cycling from Tylden (83kms north-west of Melbourne) to Broome – a distance of approximately 5,000 kilometres – in order to raise money for Cystic Fibrosis. Lani’s sister Elke (Flea) passed away from Cystic Fibrosis in 2007 at the age of 16.

For more information and to donate to the cause, please visit:

Congratulations to Annie McPherson for being awarded a 2014 Minister for Health Award for outstanding individual achievement for volunteer services in primary care. Annie was selected as one of two people for the award, from a pool of 800.

Annie is the Founder and President of the Ankylosing Spondylitis Group of Victoria and has volunteered in the area for many years.

You can find out more information about the Group here and you can read the Media Release here.

Division 293 tax is being introduced from the 2012–13 year to reduce the tax concession on superannuation contributions for individuals with income greater than $300,000 a year.

In conjunction with Xero and Xero Senior Account Manager Jeremy Sutton, Donegan’s has run two successful Xero introduction evenings over the past fortnight.

The events saw over 20 small business owners watch and listen to Jeremy Sutton as he gave a live demonstration of the software.

The main benefits discussed including enhanced collaboration and efficiency.

Overview of Xero from Xero on Vimeo.

BGL have just launched Simple Fund 360 – the most flexible and automated super product on the market.

To find out more, visit their website by clicking here

From 1 July 2014 the ATO is launching SuperStream, a government reform aimed at improving the efficiency of the superannuation system. Under SuperStream, employers must make super contributions on behalf of their employees by submitting data and payments electronically in accordance with the SuperStream standard. All superannuation funds, including SMSFs, must receive contributions electronically in accordance with this standard.

We are pleased to enclose the February 2014 edition of Market Update.

Global economies continued to improve, with the International Monetary Fund revising its 2014 global growth forecast up to 3.7%.

Over in Europe there are signals the economic recovery is gaining momentum, with industrial production up 1.8% in November and car sales increasing for the third month in a row. However, the risk of deflation remains at the forefront of the Eurozone with CPI increasing only 0.8% in December.

In domestic news, economic growth remains weak with below trend growth rates. While the December unemployment rate did remained unchanged at 5.8%, we saw employment rates fall in every state except Western Australia. On an encouraging note, the housing market is looking positive with housing finance approvals rising by approximately 2% per month.

If you would like to discuss anything in this report please don’t hesitate to contact Alison Foenander of our office.

Any advice in this communication has been prepared without taking account of your objectives, financial situation or needs. Because of this you should, before acting on any advice, consider whether it is appropriate to your objectives, financial situation and needs. Apogee Financial Planning Limited ABN 28 056 426 932, registered office 105 – 153 Miller Street North Sydney NSW 2060, is an Australian Financial Services Licensee and member of the National Australia Bank group of companies. From time to time Apogee Financial Planning, members of the National Australia Bank group of companies, associated employees or agents may have an interest in or receive pecuniary and non pecuniary benefits from the financial products and services mentioned herein.

At its meeting today, the Board decided to leave the cash rate unchanged at 2.5 per cent.
Since the Board’s previous meeting, information on the global economy has been consistent with growth having been a bit below trend in 2013, but with reasonable prospects of a pick-up this year. The United States economy continues its expansion and the euro area has begun a recovery from recession, albeit a fragile one. Japan has recorded a significant pick-up in growth, while China’s growth remains in line with policymakers’ objectives. Commodity prices have declined from their peaks but in historical terms remain high.

The Federal Reserve has begun the process of curtailing stimulus measures but financial conditions overall remain very accommodative. Long-term interest rates and most risk spreads remain low. Equity and credit markets remain able to provide adequate funding, but for some emerging market countries conditions are considerably more challenging than they were a year ago.

In Australia, information becoming available over the summer suggests slightly firmer consumer demand and foreshadows a solid expansion in housing construction. Some indicators of business conditions and confidence have shown improvement. At the same time, with resources sector investment spending set to decline significantly, considerable structural change occurring and lingering uncertainty in some areas of the business community, near-term prospects for business investment remain subdued. The demand for labour has remained weak and, as a result, the rate of unemployment has continued to edge higher. Growth in wages has declined noticeably.
Inflation in the December quarter was higher than expected. This may be explained in part by faster than anticipated pass-through of the lower exchange rate, though domestic prices also continued to rise at a solid pace, despite slower growth in labour costs. If domestic costs remain contained, some moderation in the growth of prices for non-traded goods could be expected over time.

Monetary policy remains accommodative. Interest rates are very low and savers continue to look for higher returns in response to low rates on safe instruments. Credit growth remains low overall but is picking up gradually for households. Dwelling prices have increased further over the past several months. The exchange rate has declined further, which, if sustained, will assist in achieving balanced growth in the economy.

Looking ahead, the Bank expects growth to remain below trend for a time yet and unemployment to rise further before it peaks. Beyond the short term, growth is expected to strengthen, helped by continued low interest rates and the lower exchange rate. Inflation is expected to be somewhat higher than forecast three months ago, but still consistent with the 2–3 per cent target over the next two years.
In the Board’s judgement, monetary policy is appropriately configured to foster sustainable growth in demand and inflation outcomes consistent with the target. On present indications, the most prudent course is likely to be a period of stability in interest rates.

Donegan’s Wealth Advisers are pleased to enclose the January 2014 edition of Market Update.

In the US, the Federal Reserve started its dial down of QE3, with an initial reduction of US$10b, down to US$75b. Janet Yellen, the new Federal Reserve Chairperson elect, was also voted in by Congress.

On the home front, residential property finished 2013 on a strong note, with sales volumes at record levels in Sydney and Melbourne. The Mid Year Economic and Fiscal Outlook was also released last month, and concluded that the budget would remain in deficit throughout the forecast period until 2016/2017.

As markets continue to remain uncertain in the short term, please remember to remain focused on your long-term goals.

Donegan’s would like to wish all its clients an enjoyable Christmas holiday period! 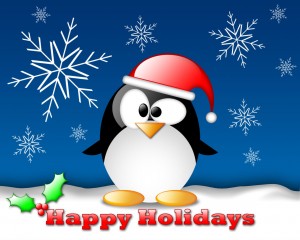 “A Year in Review” by MLC’s Brian Parker

Enclosed is the December 2013 edition of Market Update.

Chad Hewish has earned a result in the top 5% of his class for Management Accounting, a subject within the Institute of Chartered Accountants Course.

The Institute awarded Chad with his Merit Certificate for this achievement at Crown Palladium on the 28th of November.